To ensure you get the best price compare the price of every airline that offers the route, but please note that our booking tool performs the comparison for you. To book a cheap flight to/from New York use our handy flight comparison tool.

New York is served by John F. Kennedy International Airport (JFK). JFK International is the 17th busiest airport in the world and the main gateway into the United States. In 2011 the airport handled a whopping 47 million passengers . The airport has 7 functional terminals and has over 90 airlines operating flights there. The airport was named after American Statesman John F Kennedy in 1963.

Things to do in New York

"One can't paint New York as it is, but rather as it is felt"

"The glamour of it all! New York! America!"

"In New York, concrete jungle where dreams are made of. There's nothing you can't do, now you're in New York. These streets will make you feel brand new. Big lights will inspire you. Let's hear it for New York."

New York is the most populous city in the United States and one of the most influental cities in the world, it's influence can be felt in the fields of commerce, finance, media, art, fashion, research, technology and just about everything else throughout the world. New York is the seat of the United Nations and has been described as the cultural capital of the world with over 800 languages spoken and over eight million people living within a 790km2 radius. With over 50 million visitors a year, New York is one of the mosts popular destinations the in the world.


New York, New York, the "city so nice, they named it twice". Who would ever grow tired of this magnificent city? From attractions such as the Yankees baseball team and the Yankee stadium, the Statue of Liberty and the Empire State Building, New york has been etched into the minds of millions around the world through these artefacts alone.


See the Statue Of Liberty


Lady Liberty celebrates her 126th birthday in 2012 and is definitely one of the most well New York landmarks. The statue and the island she resides on, Ellis Island, have been the beacon of hope for many a immigrant seeking a better life in America as it served as the primary port of entry in the 1800's. The statue is closed until October 2012, but one can catch a ferry to view it a bit closer.


Explore SoHo and The Upper East Side


Known for the artists lofts, art galleries, and the trendy boutiques and outlets for upscale national and international chain stores. SoHo stands for or refers to the "South of Houston Street" district and nearly all of Soho is included in the SoHo-Cast Iron Historic District. The district is officialy a American National Historic Landmark. The Upper East Side is one of the most affluent neighbourhoods in New York. Take a walk through the east side and see what all who have realised their dreams get up to in New York. 
Built in 1883 and at that time holding the title of the world's longest suspension bridge, Brooklyn Bridge is definitely a engineering masterpiece. Walk on the bridges pedestrian walkways during the morning commute and enjoy views of downtown Manhattan and New York harbour. The bridge is definitely one of the most well known of New Yorks many landmarks.


With buildings entirely covered in billboards or rather billboards that serve as buildings. Times Square was designed with the purpose of thinning one's wallet. View the shows on star-studded Broadway, do some shopping or enjoy the live musical acts. Featuring handbags, shoes, clothes and fragrances as well as world renowed designers such as Louis Vuitton, Jimmy Choo, Dash, Marchesa and Guess. Times Square is one of the brightest places in the universe and a definite must see. Marvel at the Empire State Building


The New York skyline was made iconic by this wonderful example of the Art Deco style, The Empire State Building. The building stands at 1050 feet and has 86 floors with the 86th floor serving as a observation deck. Make your way to the top and see completely unobstructed 360-degree views of the city below. The building is open till late so you can enjoy the shimmering city lights after dark.


A series of piers on the West of Manhattan serves as the Chelsea Piers. Formerly used as a passenger ship terminal. The piers were the destination of the befallen TITANIC. Today the piers serve as a sports and entertainment centre that includes film and television production facilities, a health club, a spa, gymnastics ring, basketball courts, batting cages and just about every other sports playing field you can find.


Pay your respects at Ground Zero


Ground Zero is described as the point closest to a detonation. Since 11 September 2001 though, "Ground Zero" has been used to refer to the site of the former World Trade Center. The site hosts the newly built One World Trade Center builiding as well as the National September 11 Memorial and Museum.


Be dazzled on Broadway


Broadway is the term used to refer to any theatrical performance presented in any one of the 40 proffesional theatres with 500 or more seats located in the Theatre District centerd along Broadway. In 2011 12.13 million people attended Broadway shows and approximately $1.081 billion worth of tickets were sold.


Situated in Manhattan and spanning a magnificent 843 acres Central Park is one of the most expansive parks in the world. Boasting waterways, rolling fields and walking trails all magnificently sculpted by human hands. Central encompasses a zoo, a castle and a carousel. Central Park is just the place to relax and get away from the rush of the New York City life. 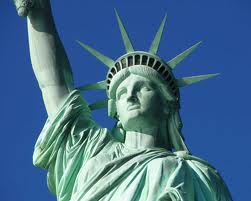